The diamond miner and marketer said COVID-19 had a “profound impact” on global diamond supply and demand. 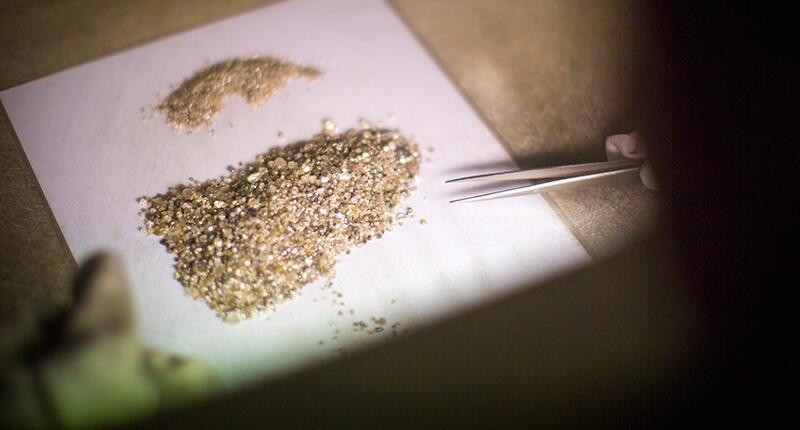 Rough diamond sales declined 30 percent in dollars terms and 27 percent in volume terms for De Beers Group in 2020, as the pandemic impacted all points in the supply chain, halting retail sales, manufacturing and mining. (Photo courtesy of De Beers Group)
London—Sales and diamond production dropped sharply in 2020 for De Beers Group, as COVID-19 had a “profound impact” on global diamond supply and demand, the company said.

Rough diamond sales declined 30 percent to $2.8 billion, compared with $4 billion in 2019, as demand decreased at the retail level and factories in India shuttered for health and safety reasons, forcing De Beers to be more flexible with its clients.

As previously reported, production fell 18 percent to 25.1 million carats due to COVID-19 shutdowns at mines and the drop in consumer demand.

De Beers recorded an underlying loss of $102 million, compared with underlying earnings of $45 million in 2019. Rapaport noted this was the company’s first time in the red since 2009, in the immediate aftermath of the global financial crisis.

Other highlights of the year for De Beers included the following:
— Work continued on the underground expansion of the Venetia mine in South Africa, as well as on Cut-9 at Jwaneng in Botswana;
— Namibia’s new off-shore diamond mining vessel, AMV3, remains on track for commissioning in 2022; it is the largest diamond recovery vessel ever built; and
— Construction was completed on the Lightbox lab-grown diamond facility in Oregon.

Looking ahead to 2021, De Beers said there is potential for a continued recovery in demand for rough diamonds amid “positive” demand trends in key markets and healthier inventory levels across the supply chain.

The company also said it expects consumer desire for natural diamonds to remain high in the mid- to long-term future, despite the pandemic and the increasing supply of lab-grown diamonds on the market.

De Beers noted that COVID-19 accelerated the transformation that was already underway in the jewelry industry—more efficient inventory management, increased online purchasing, and growing demand by consumers to know where products come from and how they impact the people who make them.

De Beers has set its 2021 production guidance at 32-34 million carats, subject to trading conditions, further COVID-19-related disruptions, and ongoing operational challenges, particularly around the restarting of the plant at the Orapa mine following the planned shutdown in November.