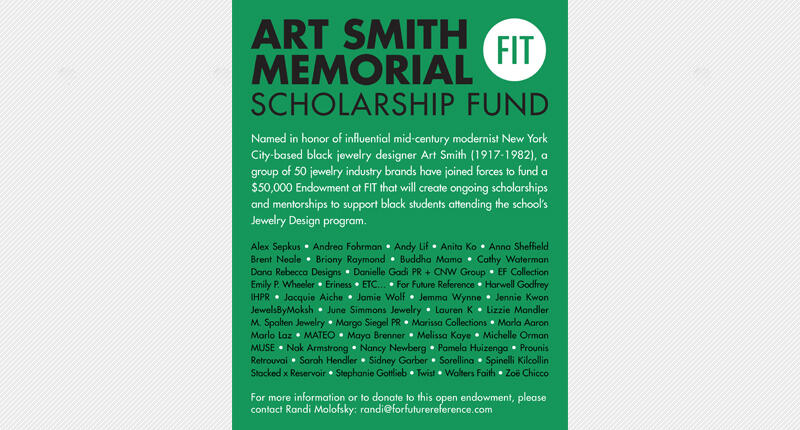 A combination of 50 jewelry designers, stores, and publicity and sales firms have partnered with FIT to provide scholarships for black students.
New York—Nationwide protests around inequality for black Americans sparked by the death of George Floyd in police custody have inspired one group of jewelry industry members to take action in their own industry.

Spearheaded by jewelry sales and public relations firm For Future Reference and designer Brent Neale, a group of 50 brands have partnered with New York City’s Fashion Institute of Technology on the Art Smith Memorial Scholarship Foundation.

The endowment will create scholarships and mentorship opportunities for black students in the university’s esteemed jewelry design program.

The 50 companies involved so far have contibuted an initial $50,000. The endowment is accepting additional donations and will continue to do so in the future to provide ongoing support to black students.

The fund is named for Arthur “Art” Smith, one of jewelry’s most important midcentury modern designers.

Born to Jamaican parents in Cuba in 1917, Smith moved to Brooklyn, New York in 1920 and was one of only a few black students in his class at Cooper Union, where he studied sculpture.

He went on to work under black jewelry designer Winifred Mason, who served as a mentor, before opening his own downtown shop and studio.

During Smith’s career, he was featured in publications like Vogue and Harper’s Bazaar, and was commissioned to design pieces for the likes of Eleanor Roosevelt.

His work was the feature of several museum and gallery exhibitions, both during his lifetime and after his death in 1982.

Contributions to the endowment may be sent by check or wire. Contact Randi Molofsky for information on how to donate at randi@forfuturereference.com.

1Jewelry Knowledge Quiz: All About Diamonds
2Meet the 3 Recipients of the Beyoncé x Lorraine Schwartz GIA Scholarship
3Creative Connecting: You Need to Listen to This
4JSA Issues Refresher on What To Do During a Robbery
5New Nielsen Study Shows Consumer Optimism Toward Jewelry
Banner will be right here …
Reservoir, Stephanie Gottlieb, Twist, Walters Faith and Zoe Chicco. 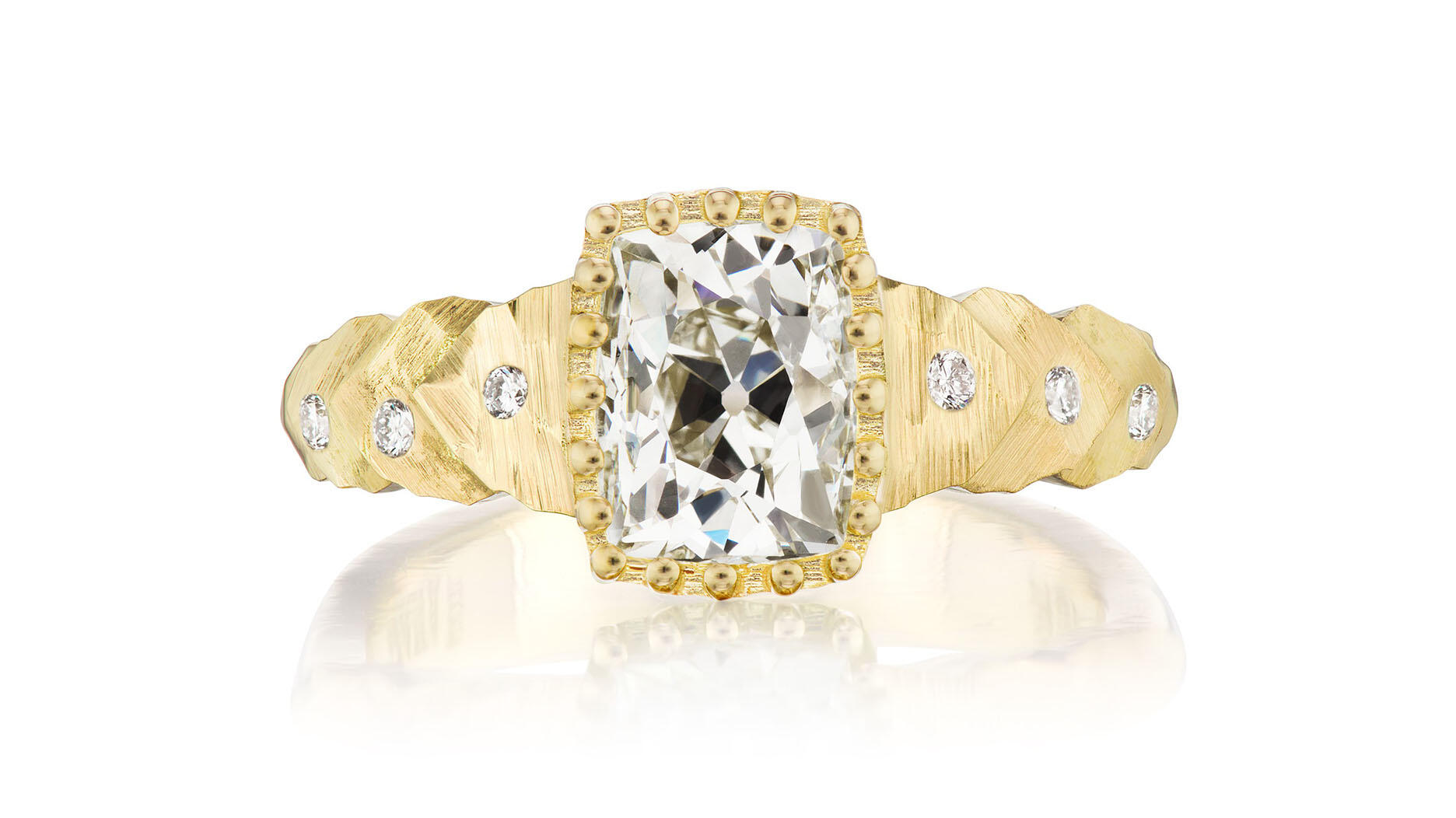 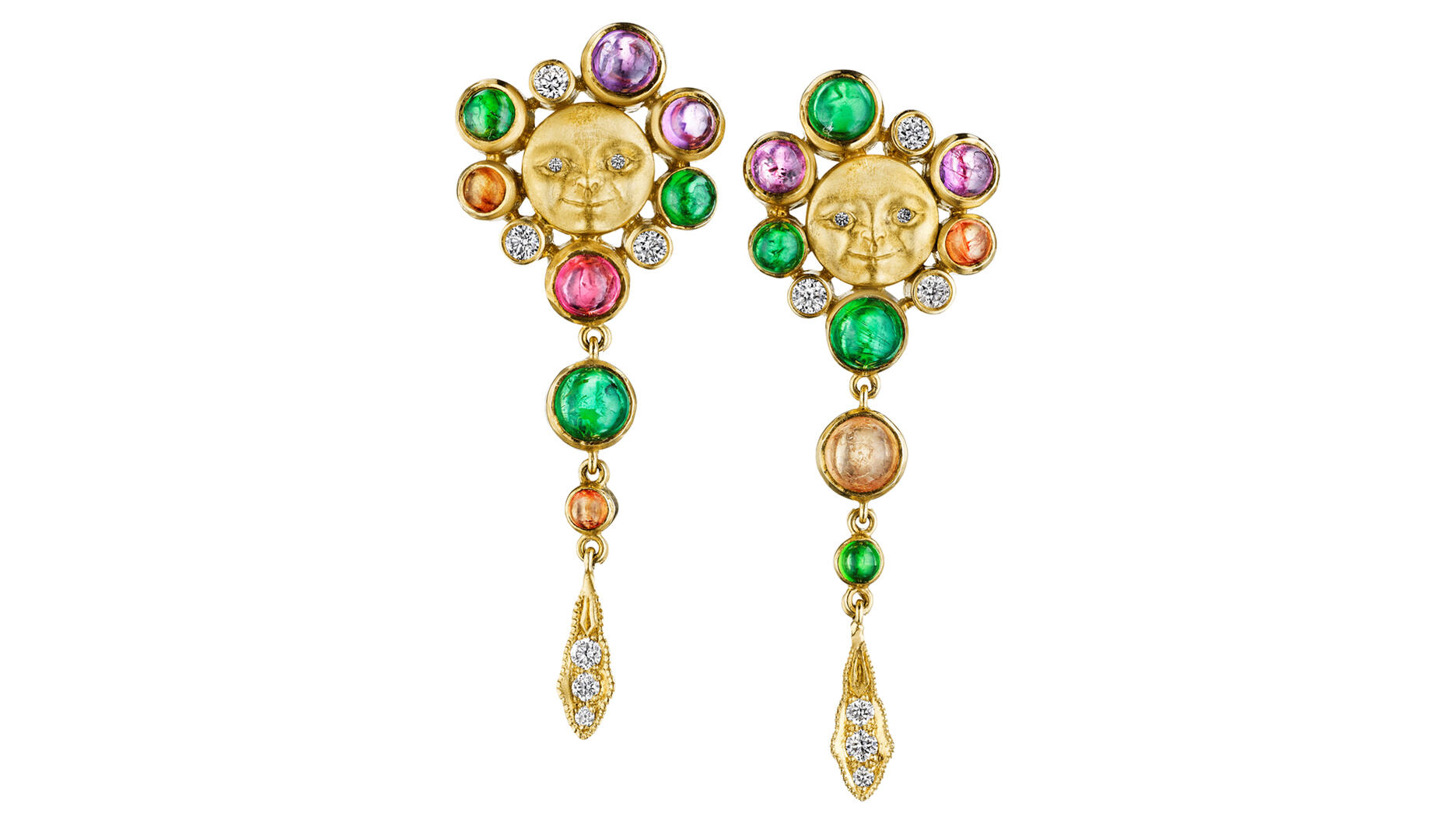