Dubbed “Polaris,” the rough diamond is the Gahcho Kué mine in Canada’s Northwest Territories’ largest gem-quality diamond recovered to date. 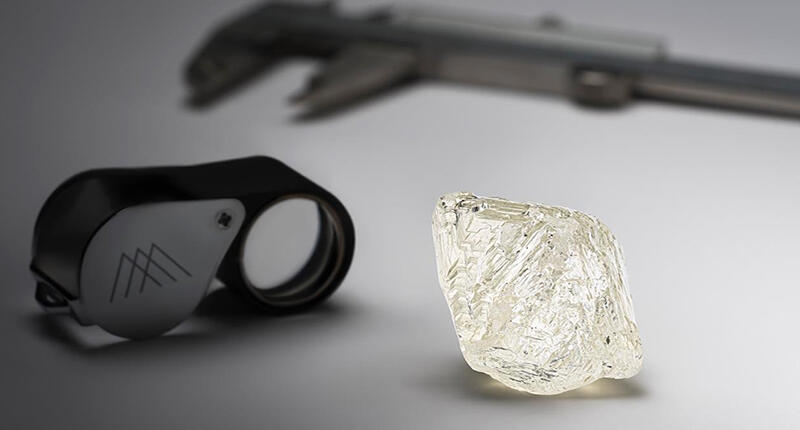 Mountain Province Diamonds and De Beers Group recovered this nearly 160-carat diamond from the Gahcho Kué mine in Canada. It’s the largest gem-quality diamond the mine’s yielded to date. (Photo courtesy of Mountain Province Diamonds)
Toronto—The big gem-quality diamond recovered from Canada’s Gahcho Kué mine in December is up for sale.

The diamond is 157.38 carats and is described as a gem of “exceptional quality” that exhibits natural blue fluorescence.

This fluorescence appears in the stone at an “intriguing level,” said Reid Mackie, vice president of diamond marketing at Mountain Province Diamonds, which operates Gahcho Kué in partnership with De Beers Canada.

He called the phenomenon a “natural hallmark” of the diamond’s northern origins, and compared it to another natural phenomenon that occurs in the area where the mine is located, the aurora borealis, or northern lights.

Mackie also noted that blue fluorescence—a trait long shunned by the diamond industry—is now “a quality for which some of our leading customers have created unique marketing platforms.”

Mackie declined to provide a pre-sale estimate, noting the lack of comparisons available due to the diamond’s size. The stone is the largest rough diamond the mine has yielded in its approximately four-year history.

“We really haven’t yet seen an equivalent against which to compare it to, which makes the sale all the more exciting for us and our customer base,” he said.

RELATED CONTENT: Take a Peek at the Largest Diamond Found in North America

The Polaris is part of Mountain Province’s February sale being conducted now at Bonas Group’s offices in Antwerp.

In addition to Polaris, the sale includes more than 30 high-quality diamonds weighing 10.8 carats or more, the company said, as well as Mountain Province’s customary run-of-mine assortments.

Viewings started Monday and run through early March. The sale is scheduled to close on March 5 at 3 p.m. CET via online highest-bid tender.

The mine started production in September 2016 and, the company said, has established itself as a source of larger, high-quality diamonds.

On Feb. 8, Mountain Province announced it was temporarily shutting down Gahcho Kué due to an outbreak of COVID-19. The company said Tuesday it is “hopeful” normal operations will resume in the near future. Parties interested in bidding on the Polaris, or any diamond in Mountain Province’s February sale, should call Bonas-Couzyn NV at +32 (0)3 233. 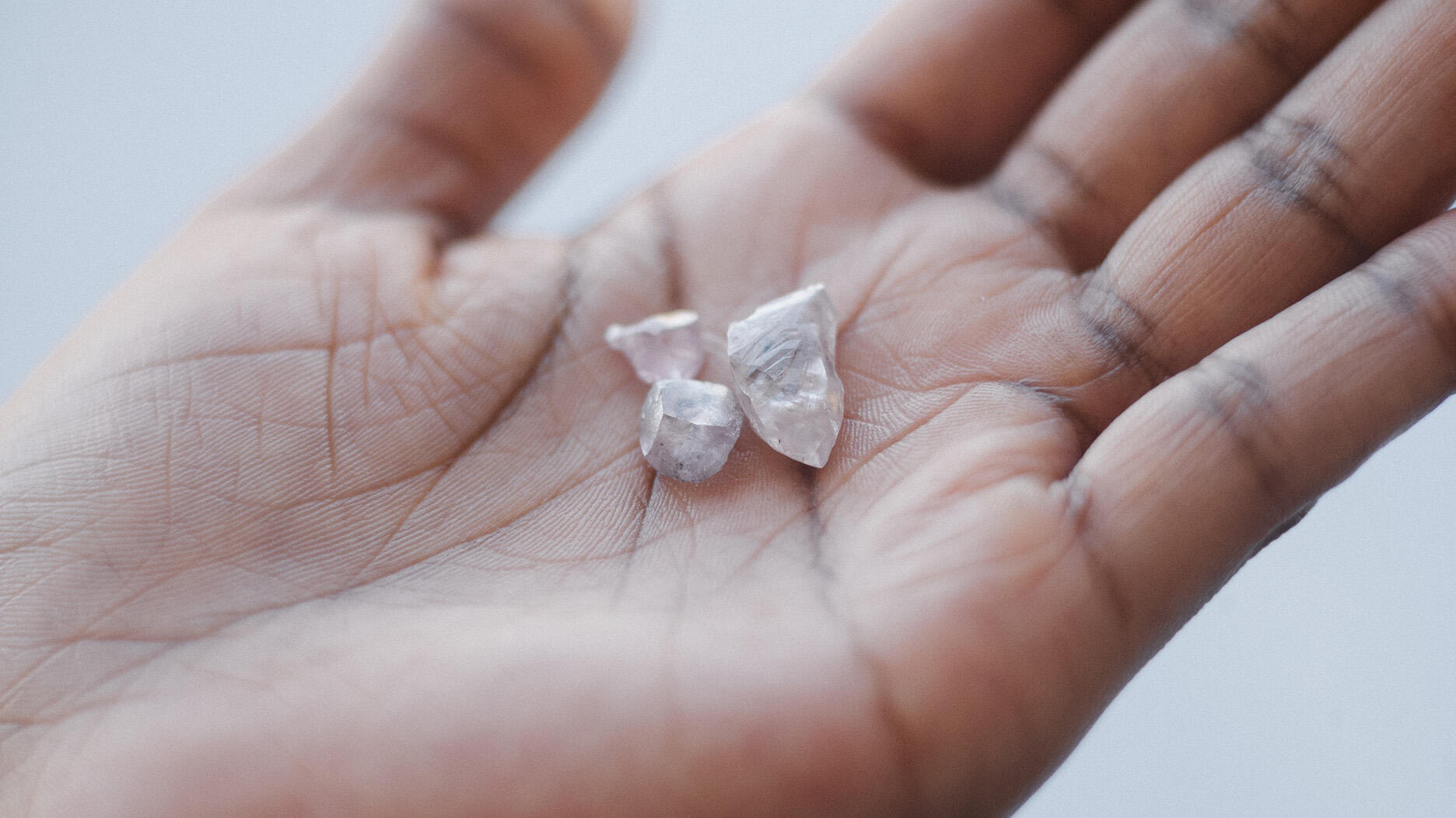 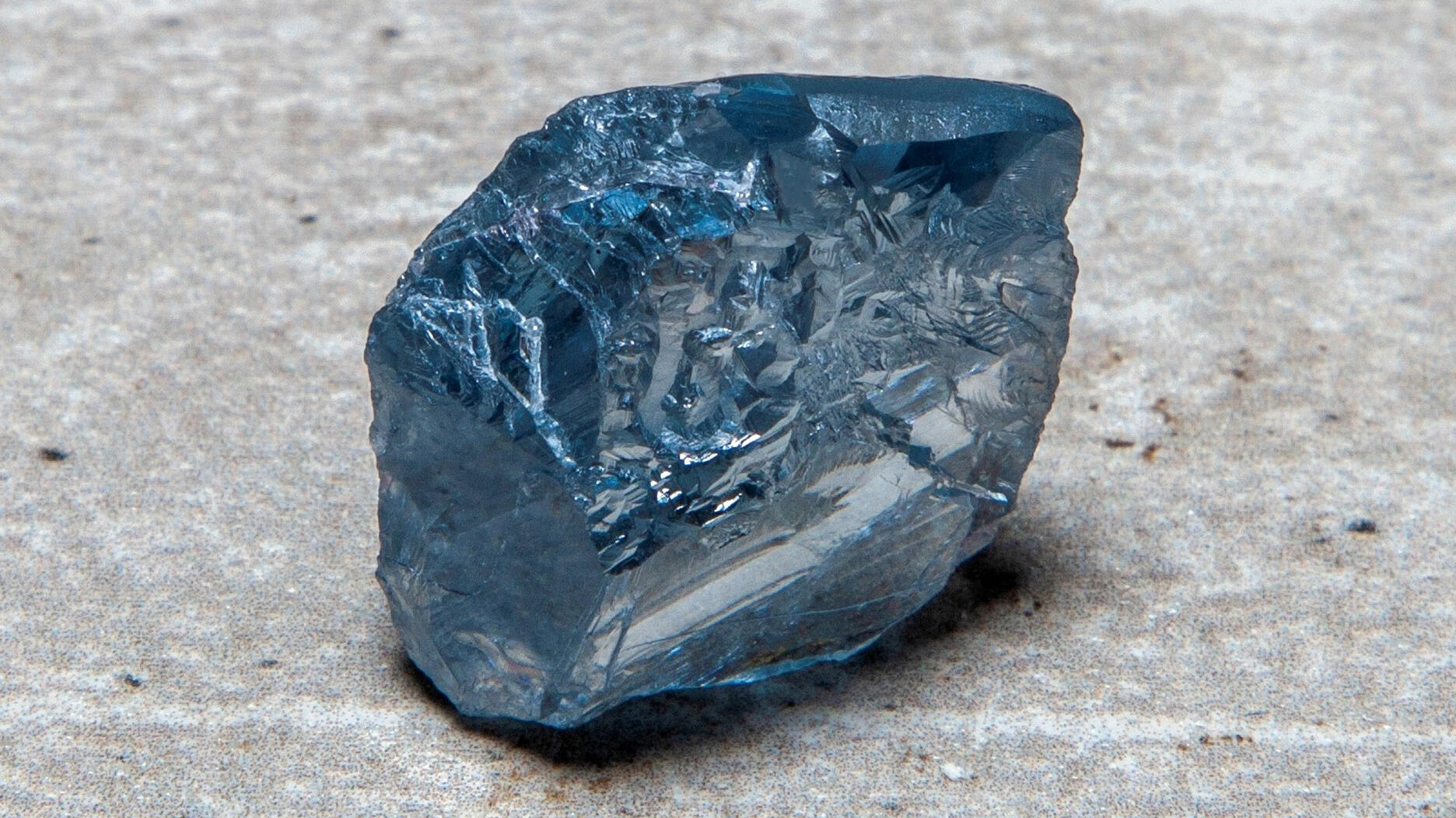 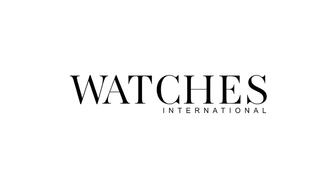