New York’s American Museum of Natural History is pushing the opening of its redesigned gem gallery to spring 2021. 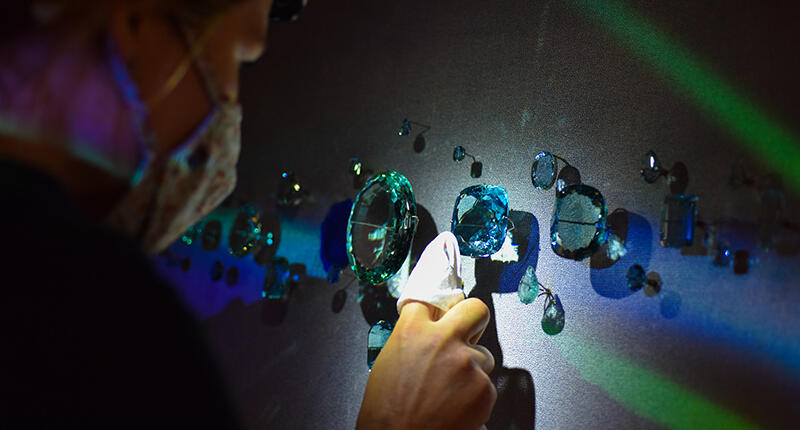 The 11,000-square-foot halls have been under renovation since October 2017, and a grand reopening date for the new space—the Allison and Roberto Mignone Halls of Gems and Minerals, named after two longtime museum supporters and volunteers—was set for Feb. 17.

Late Tuesday, the museum announced it was delaying the grand reopening, stating its decision “balances enthusiasm for opening the halls with the need for caution over the next few months as the museum—and all New Yorkers—monitor the course of the COVID-19 pandemic.”

The 11,000-square-foot halls will feature about 5,000 specimens from 95 countries and, for the first time, a temporary exhibition space.

The Melissa and Keith Meister Gallery will open with “Beautiful Creatures,” a display of animal-inspired jewelry from both classic and contemporary designers curated by jewelry historian and author Marion Fasel of The Adventurine.

Fasel’s book accompanying the exhibition, “Beautiful Creatures,” is out now.

An exact date for the opening of the gem halls will be announced after the new year.

The museum overall is still open, with various health and safety protocols in place, including a 25 percent capacity limit.

Its decision to push back the opening of its gem halls is the latest in a line of events already being called off or rescheduled for early next year as the fight against the virus continues worldwide.

There will be no jewelry industry events in New York City in January, and several of the major gem shows normally held in Tucson in February, including AGTA GemFair and GJX, have been canceled.

The March Hong Kong shows are moving to July.

Watches & Wonders Geneva, originally slated for April, announced last month the 2021 show will be an online-only event and CBG will hold its second virtual event this January, while the American Gem Society is pushing Conclave from April to the fall, with exact dates and location still to be determined.