The decisions mark the end of a three-year reform cycle for the Kimberley Process. 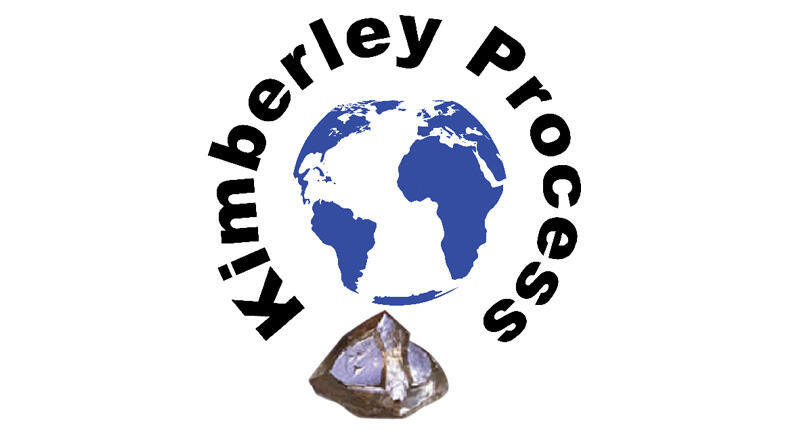 New York—The Kimberley Process wrapped up a three-year reform cycle unable to reach an agreement on expanding the definition of what constitutes a “conflict” diamond, an issue it has been debating for nearly a decade.

The current definition of a conflict diamond is: rough diamonds used by rebel movements, or the allies of rebels, to finance conflict aimed at undermining legitimate governments.

Those pushing for reform want to expand it to include language that addresses human rights abuses more generally—sexual violence, torture and abuses committed by groups other than rebels, such as private and public security forces.

The official statement from the meeting, held last month in New Delhi, India, noted the Plenary “welcomes the in-depth discussions that took place on how best to capture the evolving nature of conflict and actors involved in conflict,” but “no consensus could be found on an updated conflict diamond definition.”

The KP operates on a complete-consensus model, meaning all 55 participants (representing 82 countries) have to agree to any resolution in order for it to pass.

The failure of the KP to expand the definition of conflict again ignited debate about the future and relevancy of a process that has failed to evolve even as consumer demand for transparency, and the technology around traceability, has advanced.

In a statement posted on KPCivilSociety.org, Shamiso Mtisi, the Zimbabwe-based coordinator of the KP’s Civil Society Coalition, the group of non-governmental organizations that are non-voting members of the KP, called the meeting a “sad and surreal spectacle” in which participants could not agree on anything substantial.

In addition to the definition of conflict, other reform issues were “kicked into the long grass,” Mtisi said, including the creation of a permanent secretariat and a multi-donor fund.

“While KP participants were busy rearranging deck chairs on the Titanic, African communities supported by the members of our civil society coalition continue to suffer the downside of diamond riches,” the statement reads.

“This involves harms to their livelihoods, environmental damage and … often still violence and abuse. This plenary failed to give these communities any reassurances that the Kimberley Process actually cares. In the same way, states failed to provide any answers to the insistent marketing of synthetic diamonds as ethically superior alternatives to natural diamond purchases.”

1CA Malls See Wave of Smash-and-Grabs Carried Out by Groups
2Jared Has a New Men’s Jewelry Collection with Esquire
3When It Comes to Security, Trust Your Instincts
4Scientists Found This New Deep-Earth Mineral Trapped in a Diamond
5KP Plenary Again Ends With No Movement on ‘Conflict’ Definition
Banner will be right here …
look outside the “rigid process” to improve diamond governance.

World Diamond Council President Stephane Fischler pushed back against the idea that debating the same issue for nearly a decade with no action has rendered the KP irrelevant.

The WDC, like the Civil Society Coalition, has observer status in the KP, meaning it is there as a non-voting member representing a specific sector. In the WDC’s case, it represents the diamond industry.

Fischler said not so long ago, the idea of adding human rights language to the definition of what constitutes a conflict diamond was not even up for debate. African countries that would not come to the table on the issue have now realized the importance of a strong KP.

“More than ever, we managed to have this debate and that’s really, really important,” he said. “I certainly felt that finally, they get it. And it’s encouraging.”

Fischler also pointed to the steps the KP made to strengthen the alluvial mining sector in Africa—including the Mano River Union initiative to strengthen implementation of KP standards in Cote d’Ivoire, Guinea, Liberia and Sierra Leone—and the work it is doing to support the Central African Republic (CAR), the only country today grappling with conflict diamonds.

“The KP is focused on the risks, and the major risks are in the alluvial and artisanal mining sectors,” he said.

“We should not abandon it,” he said of the KP and, instead, have to strengthen it.

The CAR Decision
At the plenary, KP participants agreed to loosen restrictions on exports of rough diamonds from the Central African Republic, in an effort to encourage legal exports and put an end to smuggling, which is widely acknowledged to be a huge problem in the country.

The KP banned rough diamond exports from CAR completely in 2013 due to rebel violence. The easing of restrictions began in 2016 with exports allowed from one approved area.

Today, there are eight so-called green zones in CAR.

KP members voted to allow the CAR government to issue KP certificates to rough diamond shipments at will for goods sourced from the eight green zones; before, the government had to get approval from the CAR Monitoring Team for KP certificates for each export.

The team will still continue to monitor all legal exports from the country.

The country, in concert with KP members, also agreed to lower the export tax from 12 to 4 percent and require anyone who wants to obtain an export license to demonstrate he or she is shipping out at least $1 million in rough diamonds per month.

This, Fischler said, helps to ensure exports are getting the goods out of the country legally.

The Civil Society Coalition said the decision was “one of the rare substantive engagements” from the meeting.

“As civil society coalition, we call on CAR’s authorities to make this experiment work and strengthen internal controls in order to curb fraud and diamond smuggling in the country,” Mtisi said.

Following the KP Plenary, the WDC issued a notice to members of the diamond industry regarding the changes made to the rough diamond export process in CAR.

It said the new system “shifts some of the burden of verifying the provenance of goods to the trading centers” and said members of the trade need to “practice enhanced vigilance” when handling rough diamonds they believe originated in the Central African Republic.

The changes in CAR are provisional and will remain in place for one year. The KP will reassess the situation in 2020.

Next year, Russia takes over as the country leading the process, with Botswana as vice chair.