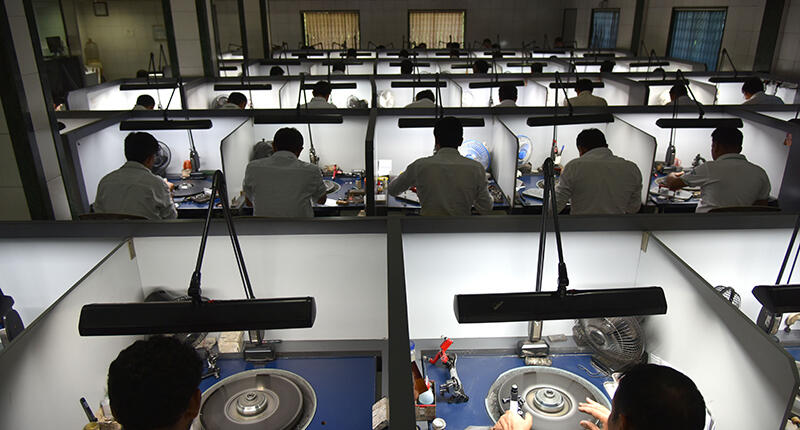 A look inside a Star Rays factory. The company is partnering with carbon consultants at Carbon Expert to become more sustainable.

A company is deemed carbon neutral when the carbon emissions it produces are balanced out by funding an equal amount of carbon savings elsewhere in the world, as per Carbon Footprint, a U.K.-based environmental consultancy.

Companies generate these savings by funding renewable energy and energy efficiency projects, which can include clean water and wind power initiatives.

“Global warming and climate change have come to the fore as a key issue in sustainable development,” said Jitesh Shah, a Star Rays partner, in a press release announcing the initiative.

Star Rays, a De Beers sightholder as of 2014, has a manufacturing facility in Surat that cuts and polishes around 60,000 solitaires per year, which are available via its website and mobile app.

The subsidiary will also be held to global best practices in an effort to reach long-term sustainability, Star Rays said.