The “Real Stories. Real Diamonds. Real Impact.” contest is in its second year. 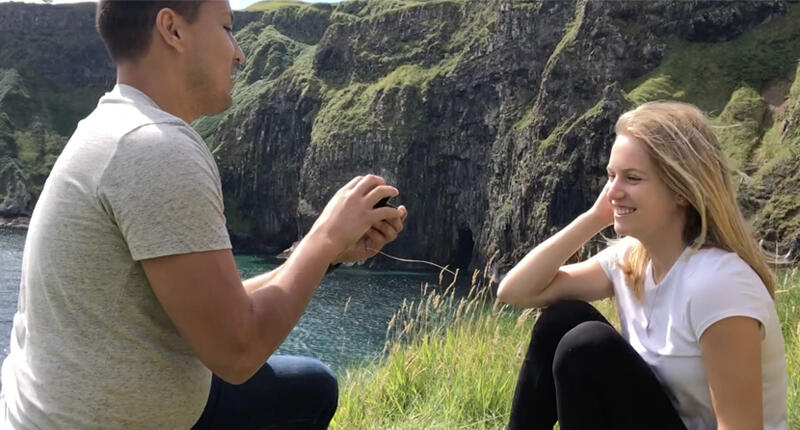 A panel of digital influencers chose one couple’s proposal video, a still of which is seen here, as the winner of the “Real Stories. Real Diamonds. Real Impact.” contest.

Nicole and Isaiah from North Carolina submitted the winning proposal video, filmed during a trip to Ireland.

It is intended to target millennials.

Last year, winners of the first proposal video contest were flown to Botswana to see the positive impacts diamonds can have in mining communities.

This year, Nicole and Isaiah will take a trip to Canada’s Northwest Territories.

Diamonds Do Good President Anna Martin, senior vice president at the Gemological Institute of America, commented: “Educating the younger generation on the good diamonds do and inviting them to engage in this narrative will help boost consumer confidence in, and ultimately demand for, diamonds.”

The winning video was selected and shared by digital media influencers @thediamondsgirl, @weddingdiary and @roamaroo, who boast more than 2 million followers combined.

The video can be viewed online.

Recently, Diamonds Do Good also announced it is accepting entries through March 12 for its annual awards, which, this year, will highlight jewelry companies that give back.