GIA’s New Reports for Lab-Grown Diamonds Are Out

GIA’s New Reports for Lab-Grown Diamonds Are Out

They include the same color and clarity terminology the lab uses for natural diamonds, a change announced earlier this year. 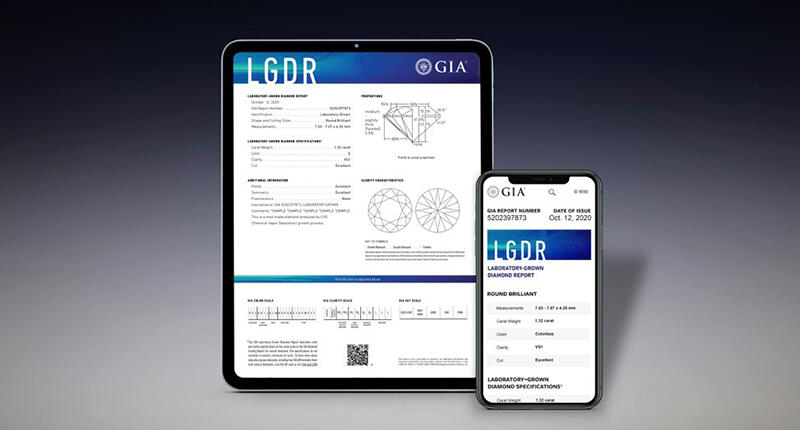 The new LGDR by GIA grading reports are for lab-grown diamonds and utilize the same color and clarity grading scales the lab applies to natural stones. There are four different reports in the LGDR by GIA family, and they’re only available digitally. (Photo credit: GIA)
Carlsbad, Calif.—The Gemological Institute of America just rolled out its new reports for lab-grown diamonds, which use the same color and clarity grading terminology the lab has long applied to natural diamonds.

Branded as LGDR by GIA, the lab has created a total of four reports for lab-grown diamonds, two for colorless or near-colorless stones and two for colored diamonds.

The reports are digital-only, and each one has a QR code that links to a lab-grown diamond education page on the GIA website.

There is the:
— Laboratory-Grown Diamond Report, which has the 4Cs color and clarity specifications, and plotted clarity and proportions diagrams; it is for D-to-Z lab-grown diamonds 0.15 carats and above;

—Laboratory-Grown Diamond Report-Dossier, a less expensive version of the full report that does not include the plotted clarity diagram; it is for D to Z lab-grown diamonds between 0.15 and 1.99 carats;

—Laboratory-Grown Colored Diamond Report, which has GIA color and clarity specifications, and plotted clarity and proportions diagrams; it is for colored lab-grown diamonds 0.15 carats and above; and

—Laboratory-Grown Colored Diamond Report-Color Identification, a less expensive version of the above that includes color specifications only.

All four reports state which process was used to grow the diamond—chemical vapor deposition (CVD) or high pressure, high temperature (HPHT)—and whether the stone might have been treated post-growth to improve the color.

GIA started grading lab-grown diamonds in 2007 but, up until this year, had treated the stones differently than natural diamonds.

On its Synthetic Diamond Grading Reports, the lab did not give specific color or clarity grades for lab-grown diamonds, describing them instead as colorless (D-E-F range diamonds) or near colorless (G-H-I range) and applying only four clarity grades—VVS, VS, SI or I—instead of the 11 used for natural diamonds.

It did this, it said, because lab-grown diamonds are created, and usually treated, to have the highest color and clarity possible and thereby don’t exhibit the same range as natural diamonds.

GIA tweaked the reports last year, saying it would drop the word “synthetic” in keeping with the latest FTC guidance, before changing its stance again this year.

The lab announced in August it would begin using specific color and clarity grades for lab-grown diamonds, though it noted in the news release on the reports that using the same terminology for both “does not correlate to nature’s continuum of rarity.”

GIA’s lab-grown diamond grading reports cost the same as their natural report equivalents, though they have a distinctive look by design.

The lab has its report prices listed on its website.

1Watch: What the Industry Can Expect for Tucson 2022
2Robbins Brothers Eyeing Expansion, Adds New VP of Stores
3A Yellow Diamond Ring Is the Most Expensive Item Ever Sold on The RealReal
4The PR Adviser: Getting Back Up After You Fall
5See a Few of Betty White’s Best Jewelry Looks
Banner will be right here …

Lab-GrownNov 30, 2021
Have Some Thoughts on Lab-Grown Diamonds? Tell the RJC Now 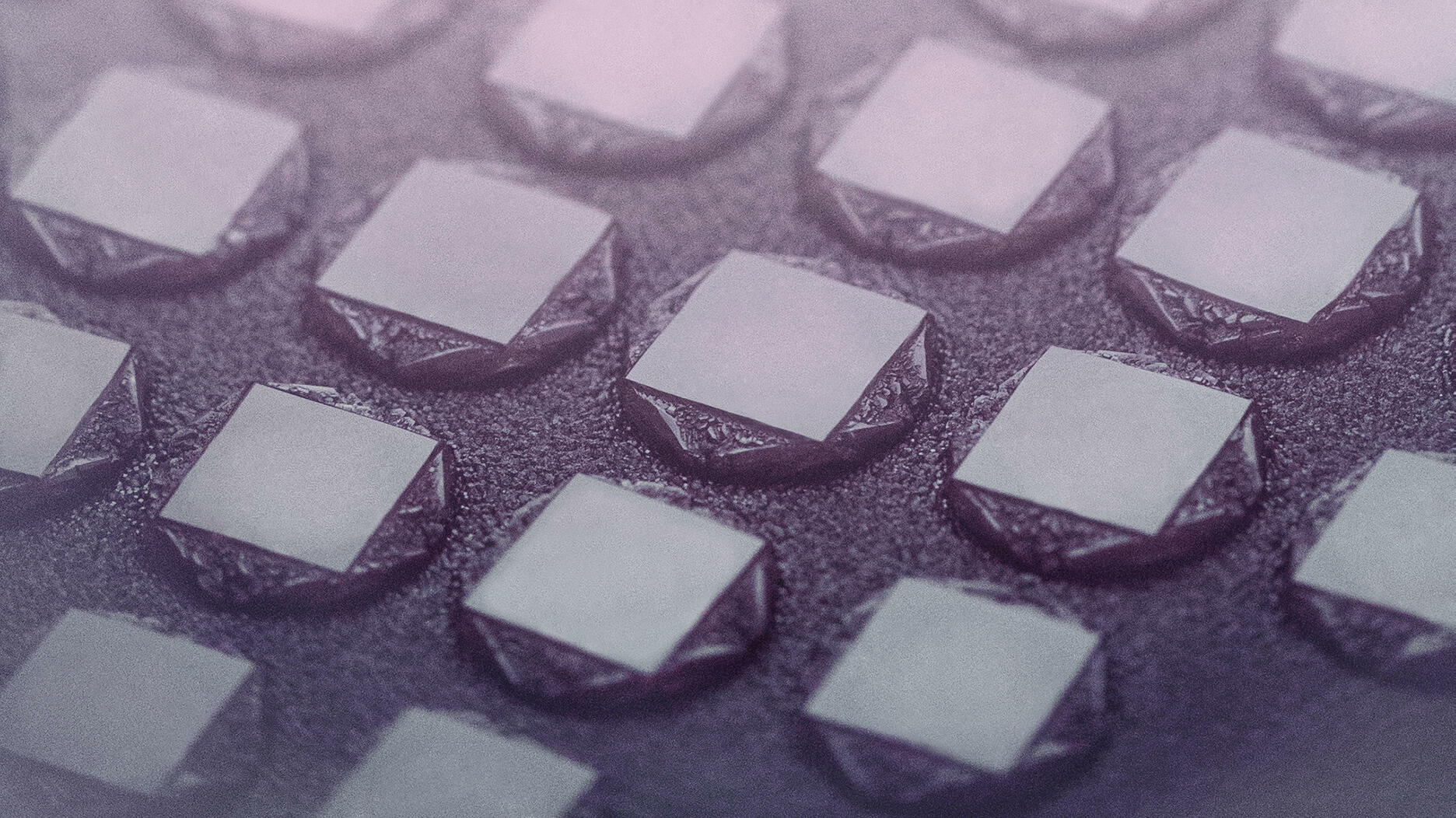