Sapphires, diamonds, and gold details represent the locales where designer Eve Streicker feels most at peace. 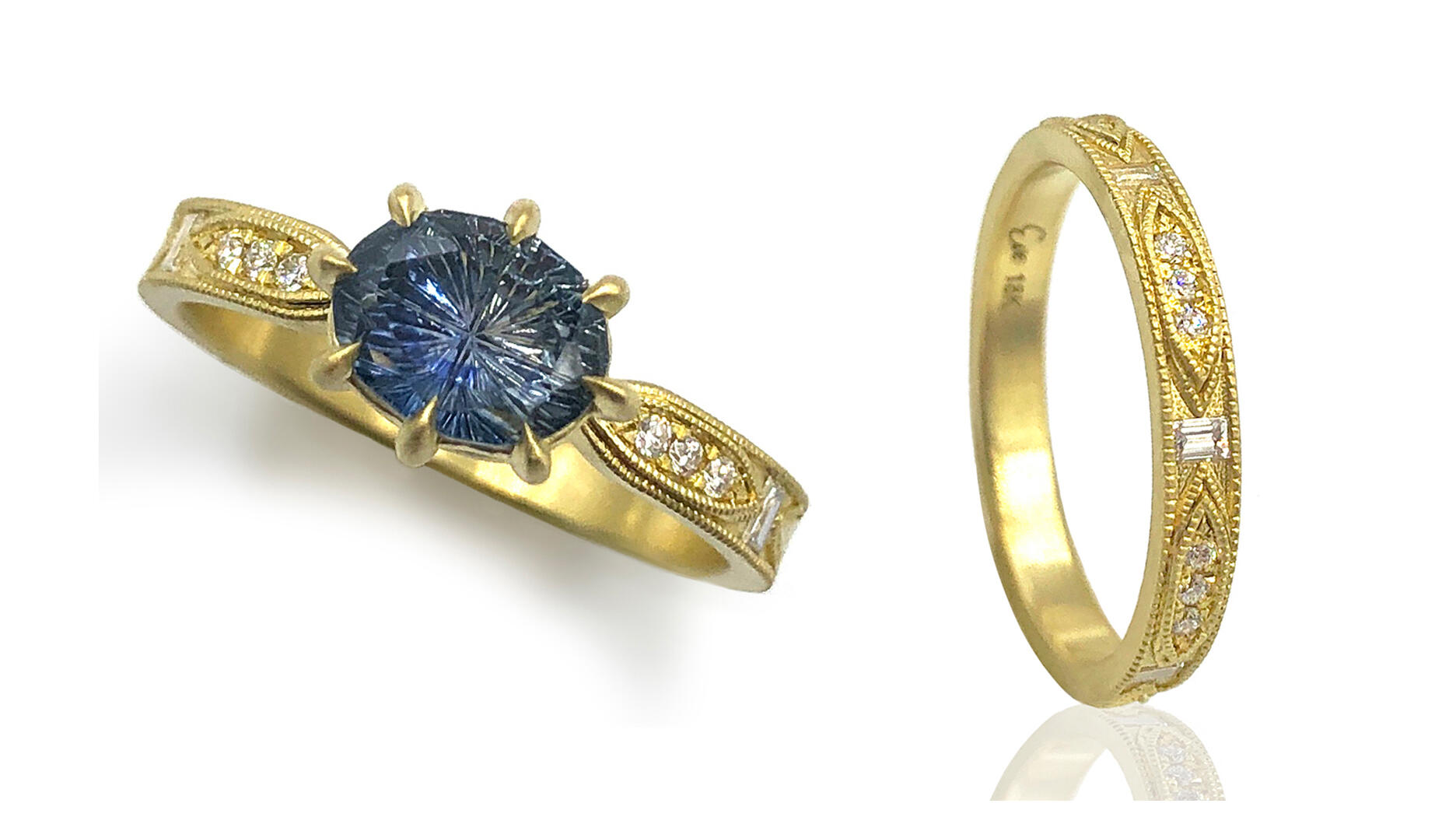 Two rings in the Berkshire style in Original Eve Design’s new commitment collection, “A Place Called Home.” The left ring features a 1.59-carat oval Montana sapphire, diamonds, and 18-karat gold ($9,600) and the ring at right features round brilliant diamonds, baguette-cut diamonds, and 18-karat yellow gold ($3,200).
New York—Living through a pandemic and being isolated at home led many to take a good look at their living spaces, not only in physical terms but also the bigger questions about where they want to spend their time.

For jewelry designer Eve Streicker, it brought forth the question, what makes a place a home?

When New York City, where she was living, started shutting down in early 2020 to stem the spread of COVID-19, Streicker left the city and headed to Massachusetts.

For some, the concept of “home” may be one place dear to their hearts—where they live now or their parents’ house where they grew up—while others are happy to give the label to more than one place.

For Streicker, the beachside town to which she was headed during lockdown was definitely home.

After realizing the things she believes make a home—family, memories, and love—are similar to those represented by the promise of an engagement ring, Streicker set out to create a commitment collection that captured those feelings.

She officially debuted “A Place Called Home” at the inaugural HardRock Summit in Denver.

The rings feature sapphires—some cut faceted by popular cutter John Dyer, and many in the hues popular in today’s market—diamonds and 18-karat recycled gold.

The collection comprises five styles, each named after and drawing inspiration from places Streicker has considered home throughout her life.

There’s “Providence,” after the Rhode Island city that is Streicker’s hometown.

Those styles use eight prongs and millegrain bezels, chosen so they would have a clean, simple view from the top but ornate, handcrafted artistry upon closer inspection—a nod to the city’s architecture.

“West Side,” inspired by the time the designer spent living in the Manhattan neighborhood, features baguettes on the shank meant to mimic the lights on the city’s busy avenues, as well as a clean, modern basket to hold the center stone with subtle millegrain detailing, celebrating the small details the city offers to those who take the time to look.

Then there’s “Kingsley,” inspired by the Maine location of Streicker’s childhood summer camp. This style takes a classic three-stone look—representing the three essentials that defined the place for her: nature, simplicity, and friendship—and updates it with a tapered knife-edge band featuring millegrain down its peak.

The fourth style is “Berkshire,” getting its name from the Massachusetts setting where Streicker attended college. Two stones from the style are pictured at top of page.

Streicker aimed to capture the rolling mountains of the landscape and the idyllic setting with details that unveil themselves the more one observes—curved lines of millegrain along the band, baguette diamonds set perpendicular to the run of the band, and tapering designs to bring the eye up to the center stone.

And finally, there’s “Westport,” the style namesake for Streicker’s true home in Massachusetts.

The way the light reflects off the water around the barrier island is mirrored in the diamonds’ arrangement on the Westport band—for every bigger stone, there are two small diamonds stacked vertically between beads of gold to really bring the sparkle. 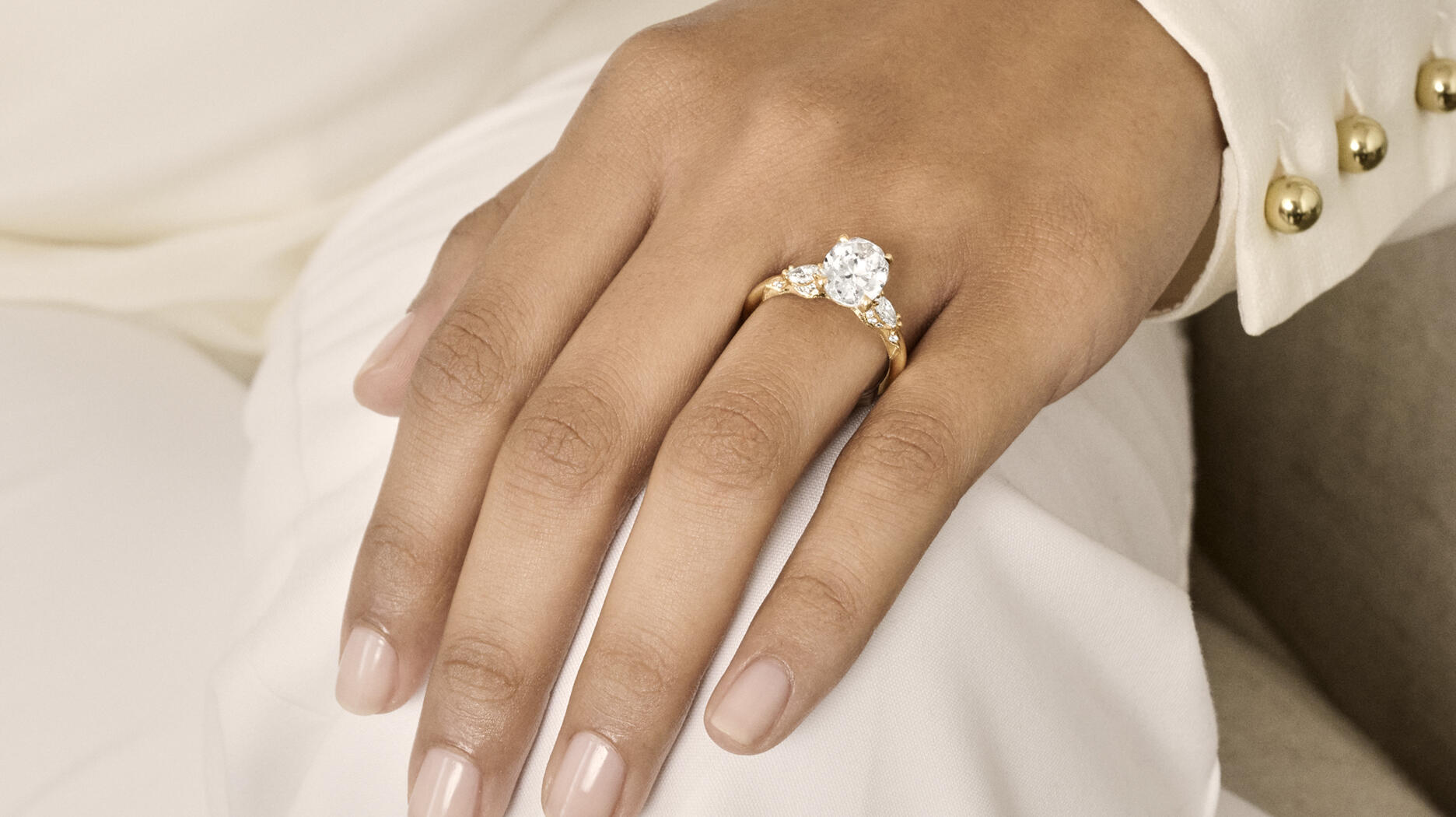 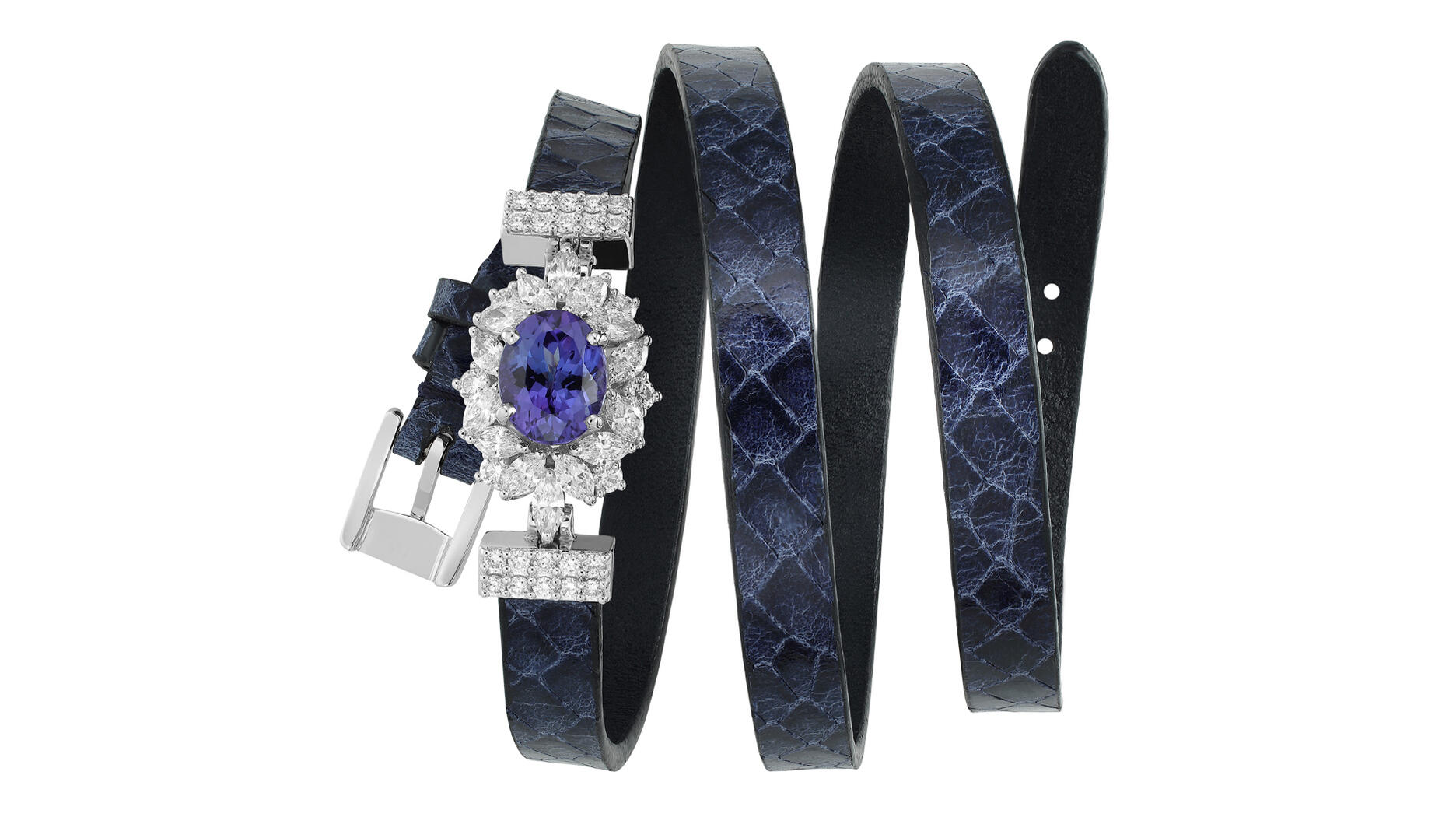