The stones were sent into the Johannesburg lab and researchers detailed their discovery in the fall issue of Gems &amp; Gemology. 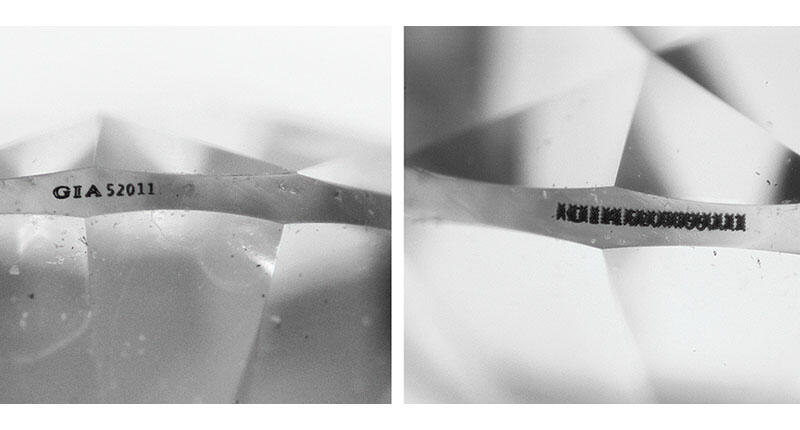 Johannesburg—Three stones submitted to the Gemological Institute of America’s lab in Johannesburg, South Africa turned out to be moissanites inscribed with GIA report numbers belonging to natural diamonds.

It is a first such discovery for the laboratory.

GIA reported on the finding in the fall 2020 issue of Gems & Gemology, in an article in the Lab Notes section authored by Sicebiso Hlatshwayo and Sally Eaton-Magaña.

The note specifically addressed the first of the three stones received, a 1.02-carat round brilliant recently submitted for a Diamond Grading report.

Standard testing showed the stone was not a diamond, and further tests proved it to be a synthetic (lab-grown) moissanite, Hlatshwayo and Eaton-Magaña wrote.

They noted simulants are “often” submitted to the lab for diamond grading but are easily rooted out using the standard grading process.

This is the first time, however, the lab has come across a fraudulent inscription on a diamond simulant, and the fake was apparent to graders for a number of reasons.

The 1.02-carat round brilliant lab-grown moissanite that was inscribed with the report number for a natural diamond of the same weight (Photo by Innocentia Nzuza, © GIA)

First, GIA checks all stones with a pre-existing inscription.

The report number on the 1.02-carat round brilliant moissanite belonged to an E-color natural diamond of the same carat weight graded in 2019.

The measurements of the stones, however, were “quite different” due to the fact that the two materials have a different specific gravity, Hlatshwayo and Eaton-Magaña wrote.

The specific gravity of diamond is 3.52 while moissanite’s is 3.22, which means that moissanite, any moissanite, has to be slightly larger than a diamond to equal its carat weight.

“Since the specific gravity of moissanite is smaller than diamond, it is less dense and needs to have a larger volume for the same weight,” GIA explained in an email to National Jeweler.

In addition, the font used for the inscription on the moissanite was “distinctly different” from GIA’s usual font and, while GIA does not assign clarity grades to lab-grown moissanite, the stone in question is equivalent to a VVS2, while the clarity grade on the report for the natural diamond is VVS1.

The lab note in the fall edition of Gems & Gemology did not provide details on the other two lab-grown moissanite submitted with fraudulent inscriptions, as they did not come into the lab until after the article was written.

Michelle Graffis the editor-in-chief at National Jeweler, directing the publication’s coverage both online and in print.
tags:
More on Lab-Grown
Lab-GrownSep 27, 2021
RJC Is Developing a Standard for Lab-Grown Diamonds, Gems 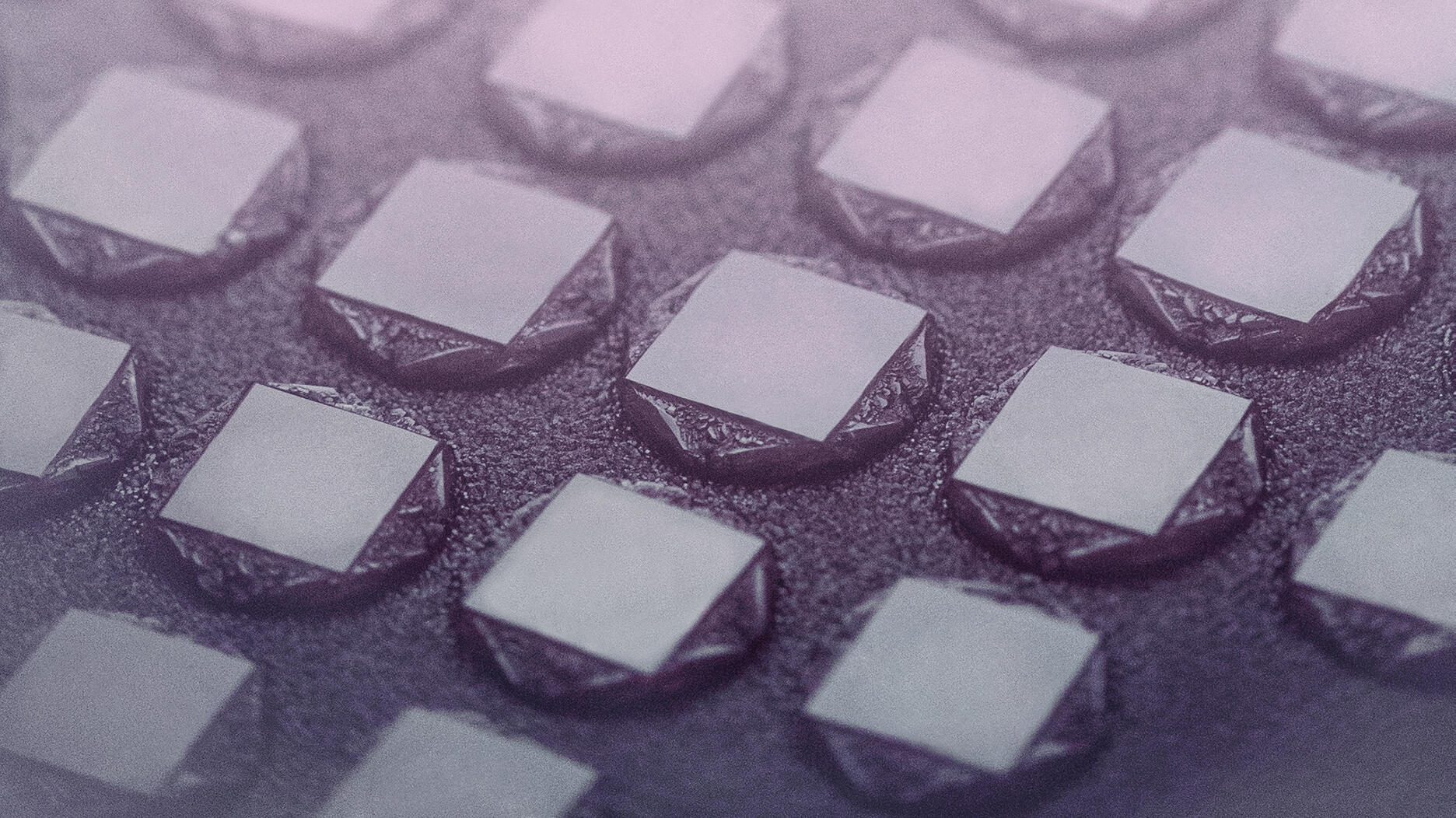 Lab-GrownSep 21, 2021
Chatham Is Now Distributing its Own Lab-Created Colored Gems 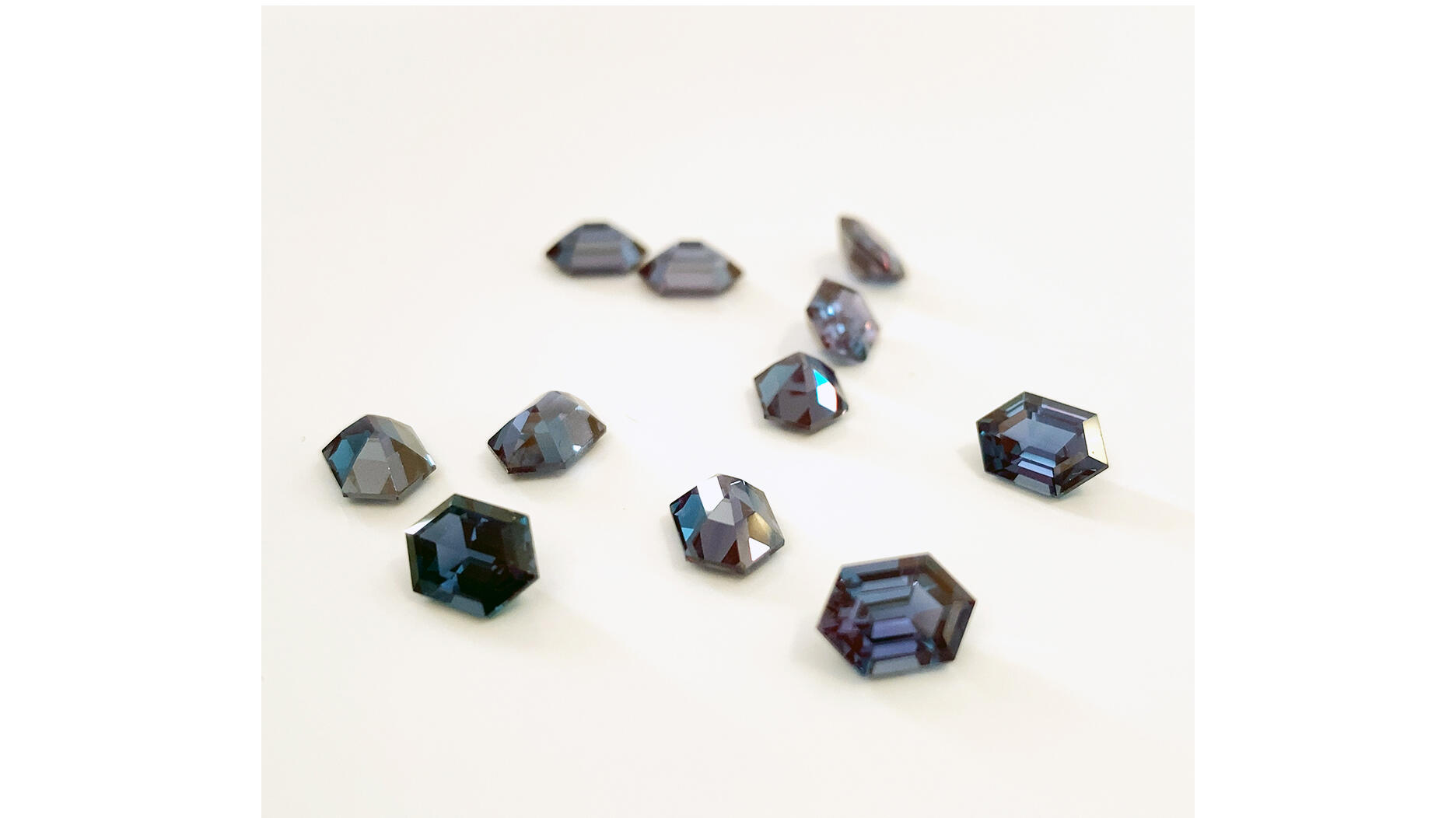