The Royal Tiara ‘Tried On’ By Thousands Sells for $1.6M

The Royal Tiara ‘Tried On’ By Thousands Sells for $1.6M

Here’s how other important pieces of jewelry did at Sotheby’s auction of magnificent and noble jewels in Geneva. 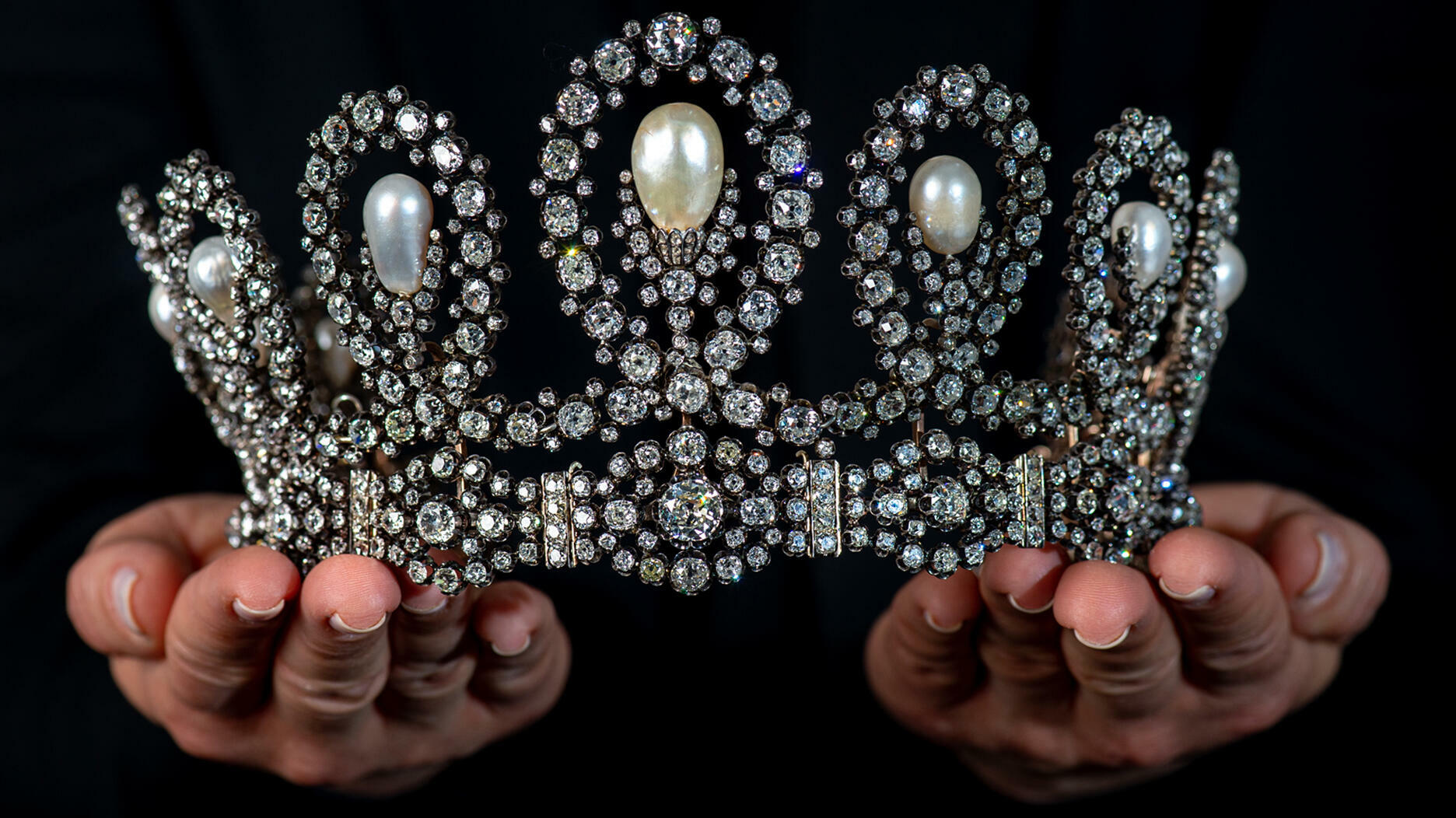 This natural pearl and diamond tiara with ties to Europe’s House of Savoy sold for $1.6 million at Sotheby’s jewelry auction held Tuesday in Geneva.
Geneva—Sotheby’s created a social media filter to allow people around the world to try on a tiara with royal provenance, and the move definitely drummed up interest.

The auction house put a natural pearl and diamond tiara connected to the House of Savoy up on the block Tuesday as part of its flagship “Magnificent Jewels and Noble Jewels: Part I” auction in Geneva.

Ahead of the sale, Sotheby’s unveiled an AR filter to allow people to virtually try on the piece and take pictures with it. The auction house said users took 22,000 selfies and videos in six weeks, making it Sotheby’s most popular social media filter to date.

The tiara ended up selling for $1.6 million to an Asian buyer, slightly above its pre-sale estimate of $1 million-$1.5 million.

Sotheby’s said the piece was one of the most important tiaras to appear on the market in recent years—it’s connected to the House of Savoy, one of the world’s oldest royal dynasties and Italy’s ruling family from 1861 to 1946.

Related stories will be right here …
The tiara was likely a wedding gift to Maria Vittoria dal Pozzo, who married Amadeo I of Savoy, the King of Spain from 1870-1873, in 1867. After that, it stayed in the family for more than 150 years.

It’s believed Musy Padre e Figli, court jeweler of Turin and one of Europe’s oldest goldsmiths, made the tiara.

It has graduated scroll motifs set with cushion-shaped, circular- and single-cut diamonds framing 11 slightly baroque drop-shaped natural pearls, and can also be worn as a necklace.

Also during Tuesday’s jewelry auction in Geneva, Sotheby’s offered what it said is the largest Kashmir sapphire ever to appear at auction.

The 55.19-carat stone was sold as part of a 1930s brooch formerly in the collection of Maureen Constance Guinness, Marchioness of Dufferin and Ava (1907-1998). The sapphire is set alongside another large Kashmir sapphire weighing 25.97 carats and diamond accents.


Graff bought the brooch, paying $3.9 million for the piece, above its highest pre-sale estimate of $3 million.

Both the tiara and the sapphire brooch were presented alongside an important noble collection comprising seven jewels, all of which sold for a total of $19.8 million.

Brecken Branstratoris the senior editor, gemstones at National Jeweler, covering sourcing, pricing and other developments in the colored stone sector.
tags:
More on Auctions
AuctionsJun 10, 2021
Another Colorless Diamond Necklace Comes Out on Top at Auction 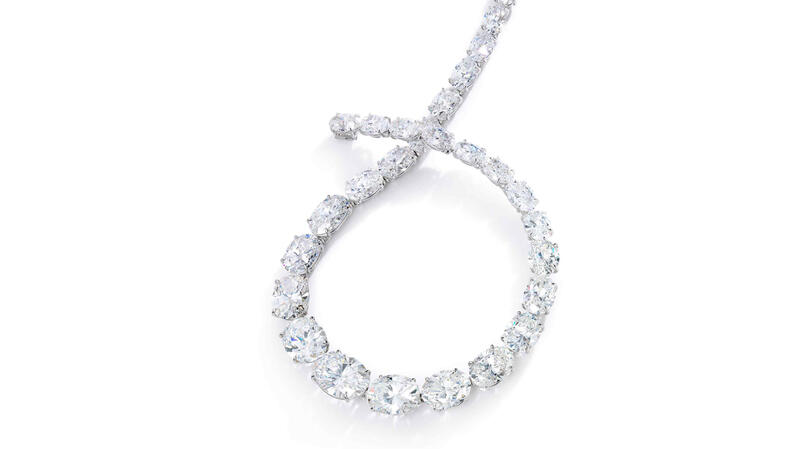 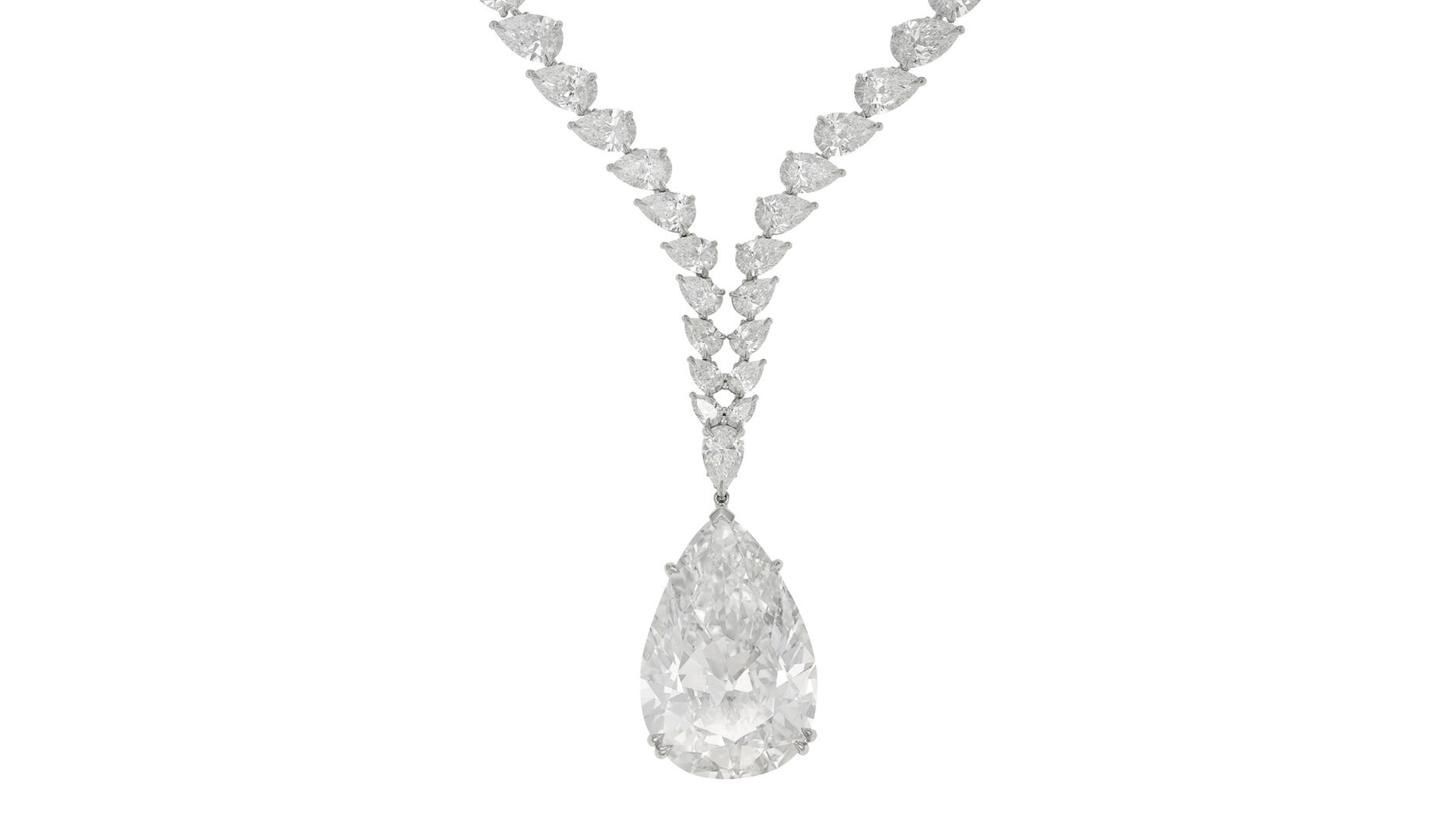