Retail Rewind: The Year of Chapter 11

Retail Rewind: The Year of Chapter 11

From Neiman Marcus to Lord & Taylor, here’s a look back at the biggest bankruptcies of the year and where the retailers are now. 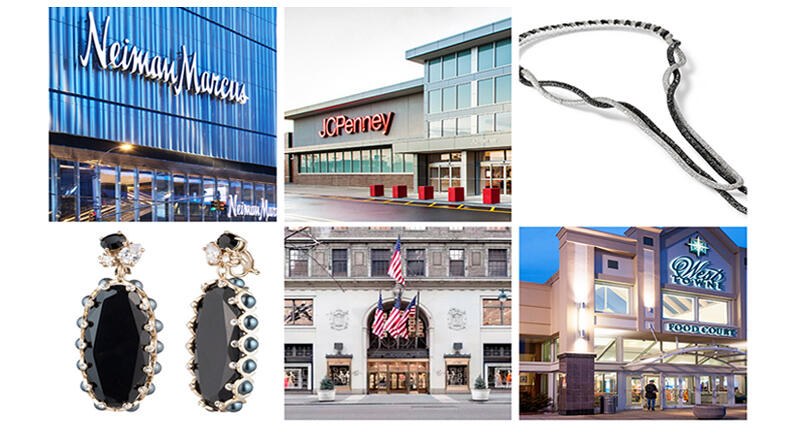 Neiman Marcus, JC Penney and a few other big-name retailers all filed Chapter 11 in 2020.
Another year, another bankruptcy roundup from National Jeweler’s resident doom-and-gloom retail reporter.

I put this list together last year and I tried to end on a cheerful note, encouraging readers to raise their glasses to a revamped retail landscape in 2020.

When they say, “be careful what you wish for,” this must be what they mean because retail certainly got an overhaul this year.

Here’s a look back on the retailers with fine jewelry connections that filed for Chapter 11 bankruptcy protection this year and a look at what’s next, for some of them.

A De Grisogono diamond necklace by jewelry designer Emmanuel Tarpin, its first artist-in-residence. The company filed for bankruptcy by cause of insolvency in Switzerland in January.

Luxury jewelry house De Grisogono was one of the first notable bankruptcies of the year.

The company filed for bankruptcy in Switzerland in January after getting tangled in a corruption investigation in Angola.

An investigation by the International Consortium of Investigative Journalists and 36 media partners said the company played a key role in a money-laundering scheme that funneled billions of dollars from the Angolan government into the coffers of the former first family.

De Grisogono told National Jeweler at the time that it spent several months looking for a buyer, but ultimately came up empty-handed, filing for bankruptcy due to insolvency.

By February, its U.S. division had filed for Chapter 7 bankruptcy in New York.

The company’s statement did not address what would happen to its stores, including 13 boutiques at the time of filing.

De Grisogono’s New York boutique, located on Madison Avenue in Manhattan, is listed as temporarily closed via Google Maps, while its store in Las Vegas at The Crystals is listed as permanently closed.

The jeweler’s website, DeGrisogono.com, no longer appears to be active.

Neiman Marcus was among a handful of major retailers filing for bankruptcy in 2020.

The luxury department store chain filed Chapter 11 in May amid its struggle with mounting debt.

The COVID-19 pandemic caused an “unprecedented disruption,” said the retailer, leading it to temporarily close its 43 locations and furlough 14,000 workers.

The retailer announced plans to reorganize and emerge from bankruptcy by the fall. And it made good on that promise, completing its restructuring process and reducing its debt.

1CA Malls See Wave of Smash-and-Grabs Carried Out by Groups
2Jared Has a New Men’s Jewelry Collection with Esquire
3When It Comes to Security, Trust Your Instincts
4Scientists Found This New Deep-Earth Mineral Trapped in a Diamond
5KP Plenary Again Ends With No Movement on ‘Conflict’ Definition
Banner will be right here …
But the restructuring meant closing seven of the 43 Neiman Marcus stores and 17 of its 22 Last Call discount stores.

The most notable closure was its Hudson Yards location, a 188,000-square-foot store in the new and upscale New York City shopping center.

Call it a holiday miracle, or just the power of hundreds of millions of dollars in financing, but Neiman Marcus is in the swing of the holiday season, offering in-store and online shopping as well as virtual appointments.


JC Penney filed for bankruptcy protection in May with plans to shutter more than 200 locations.

JC Penney also filed for Chapter 11 bankruptcy protection in May.

The culprits were the same: mounting debt and the effects of the coronavirus pandemic.

Due to COVID-19, the department store chain temporarily closed its more than 850 locations and furloughed most of its 85,000 workers.

The retailer came up with a restructuring plan, looking to reduce its debt by several billion dollars.

Part of that plan was permanently closing around 200 locations with more closures to follow in 2021.

On the bright side, the retailer is exiting bankruptcy  just in time for the holidays after selling its retail and operating assets in an $800 million deal with mall owners Simon Property Group and Brookfield Asset Management.

The court also approved the company’s reorganization plan to split itself into two parts: a retailer and a property holding company, comprised of 160 of its real estate assets and all of its owned distribution centers.

JC Penney also has access to $1.5 billion in new financing. How’s that for a stocking stuffer?

In National Jeweler’s 2020 State of the Majors report, JC Penney stood at No. 8 on the list of $100 Million Supersellers with an estimated $641 million in annual jewelry and watch sales.


A pair of earrings from Brooks Brothers-owned brand Carolee. The 202-year-old retailer filed for bankruptcy protection in July and soon found a buyer.

I imagine the Brooks Brothers team looked incredibly stylish on their way to file for bankruptcy protection in July.

The 202-year-old retailer, known for its preppy attire and fancy suits, was in need of financing and a new owner.

The company had begun looking for a buyer or a merger opportunity in 2019, but COVID-19 threw a wrench in the plans.

Largely a clothing retailer, Brooks Brothers is included on this list because of its jewelry subsidiary, Deconic Group LLC, which manufactures, merchandises, markets, sells and licenses the Alexis Bittar and Carolee fashion jewelry brands.

A spokesperson told National Jeweler back in July that the filing would have no effect on the delivery of the jewelry brands, as it was not going through a liquidation process, only a sale.

The companies offered, and Brooks Brothers accepted, $325 million, a deal that kept 125 of its 424 retail locations open.

The Simon-ABG joint venture, known as the SPARC Group, has also teamed up to buy other struggling retailers, including Aéropostale and Forever 21.


The former Lord & Taylor flagship store on New York’s Fifth Avenue was sold to WeWork in 2018 and then to Amazon this year.

Lord & Taylor joined Barneys New York as one of the classic New York department stores that are no more.

The department store chain, once a dry goods store, was founded by English immigrants Samuel Lord and George Washington Taylor in Manhattan’s Lower East Side in 1826.

It was a trailblazer and a retail pioneer in its heyday, bringing American designers into the spotlight and introducing the concept of personal shopping. It also selected Dorothy Shaver as its president in 1945, the first woman to lead a major retail store.

Le Tote acquired the retailer, said to be the oldest department store chain in the United States, in November 2019 from Hudson’s Bay Company for $100 million.

Lord & Taylor’s 38 locations shut down temporarily in March due to the COVID-19 pandemic, and later, for good. The department store chain was on the lookout for a new owner, but no one stepped forward.

Though all of its locations are set to close, there are some stores still open for now.

For those holiday shoppers looking for a deal, Lord & Taylor locations are holding liquidation sales, though online shopping is no longer available.


The West Towne Mall in Madison, Wisconsin is one of the 100-plus shopping centers owned by mall owner CBL Properties, which filed for Chapter 11 bankruptcy protection in November. (Photo courtesy of CBL Properties)

CBL operates 107 malls and outlet centers in 26 states, primarily in the Midwest and Southeast.

Signet Jewelers is the company’s second-largest retailer, with 138 stores accounting for 3 percent of its total revenues, according to court papers included in the bankruptcy filing.

PREIT has 19 malls in eight states.

The pair of mall owners, in need of financing, both entered into restructuring agreements with lenders.

The malls remain open as they work through the restructuring process.

Lenore Fedowis the associate editor, news at National Jeweler, covering the retail beat and the business side of jewelry.
tags:
More on Editors
EditorsOct 28, 2021
A Look at the World’s Most ‘Cursed’ Jewels