It’s the first in what will be a series of projects called “ReSet,” aimed at changing public perceptions around mined diamonds. 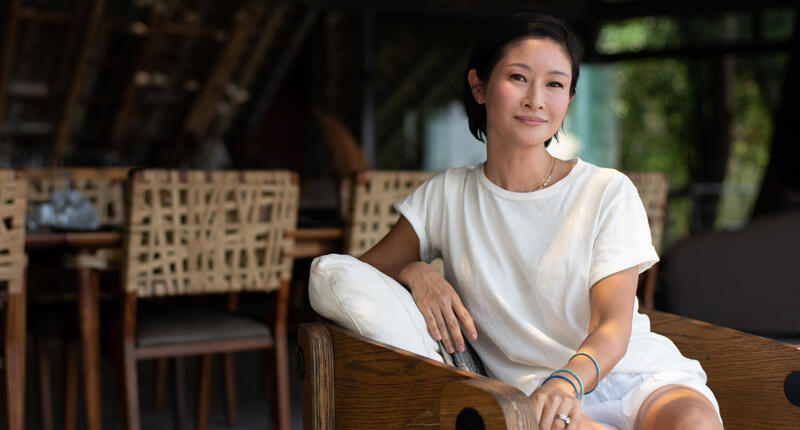 The designers traveled to Botswana in late 2019 to learn about De Beers’ mining processes and see them firsthand, visiting various community development and wildlife conservation projects funded by De Beers operations in the process.

Their forthcoming one-of-a-kind creations were inspired by the trip.

“The trip was life changing for me, so being able to memorialize it in a piece of jewelry was just the icing on the cake,” Trau explained. “It empowered and educated me in the rough diamond space, as well as the supply chain, and it makes me feel good about choosing to design and sell diamond jewelry as my career.”

The auction, which will be accompanied by a consumer campaign, is the first of what De Beers said will be a series of designer collaborations under its project dubbed “ReSet,” which aims to shift perspectives around mined diamonds, highlighting how they positively impact communities and open up conversations about sustainability.

“What De Beers is doing in Botswana is supporting and lifting up the people and providing opportunities that wouldn’t have existed otherwise,” said designer Zoë Chicco.

Weinstock said, “Fine jewelry is a passion for me, and one that is rooted in the beauty, naturality and authenticity of a diamond. I wanted to be part of this campaign because I want to highlight to consumers—young and old—the good that the natural diamond industry does and the ethical ways in which diamonds are mined since there are some outdated representations out there. The gift of this trip was seeing first-hand the process and feeling confident that I am a lucky woman to work within the diamond industry.”

Kwon hinted the designers were involved in choosing the organizations and causes their capsule collection will benefit.

“As this project started to get fleshed out, it became important to us [designers] that the project feel relevant to the times, with so many things going on this year,” she said.

“Once it was decided that the proceeds would go towards causes that we each felt were relevant and important, the purpose became two-fold so took on even more weight.”

De Beers Group isn’t sharing the pendants to be

1CA Malls See Wave of Smash-and-Grabs Carried Out by Groups
2Jared Has a New Men’s Jewelry Collection with Esquire
3When It Comes to Security, Trust Your Instincts
4Scientists Found This New Deep-Earth Mineral Trapped in a Diamond
5KP Plenary Again Ends With No Movement on ‘Conflict’ Definition
Banner will be right here …
auctioned yet, but with less than three months left before years’ end, will do so imminently.

“Through ReSet, we are connecting a community of jewelry designers to the people and places where our diamonds originate, so the designers can learn more about the journey of a De Beers diamond and the positive impact it makes,” said De Beers Group Brand Senior Vice President Colby Shergalis.

“We were proud to host Jade, Jennie, Julez, Sara and Zoë at our operations in Botswana, and have been moved by their enthusiasm about sharing what they’ve learned and by their desire to find additional ways to give back. The beautiful and unique pendants they created are the result of months of work, in challenging times, spurred on by the memories of the extraordinary connections they made with one another and with the people of Botswana, and we look forward to launching the collection.”